I was at a geocaching event today, and there was a 6~7 year old Irish boy with a strong Dublin accent playing with Siri on an iPhone. He was making friends with me and came to me asking me to ask Siri to sing a song or tell a joke. I obeyed by asking her to “sing a song.” She said she can’t! Then I asked her to “tell me a joke.”

This is what I got: 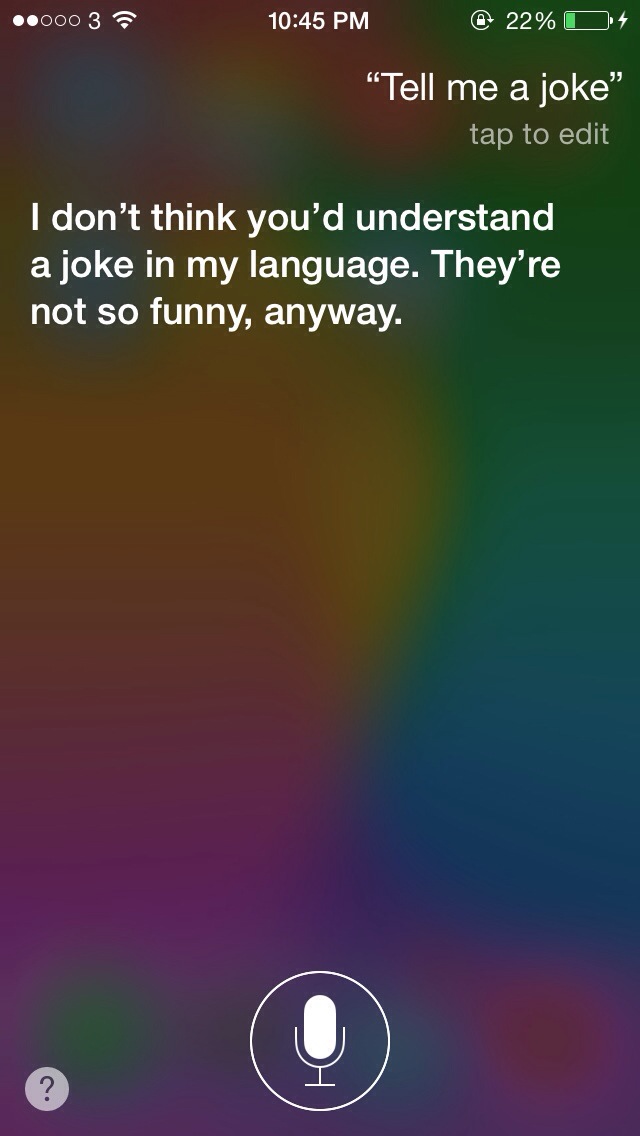 I didn’t realize that this was not what he was expecting based on his previous commands and the responses that he’d got until he pointed out very politely & cutely: “I think it’s because your accent is different.” He wasn’t impressed by Siri’s response to me, so he tried it himself once again: “[Siri!] Tell me a joke.” (Again with all those strong Irish/Dublin vowels!)

This was what Siri told him: 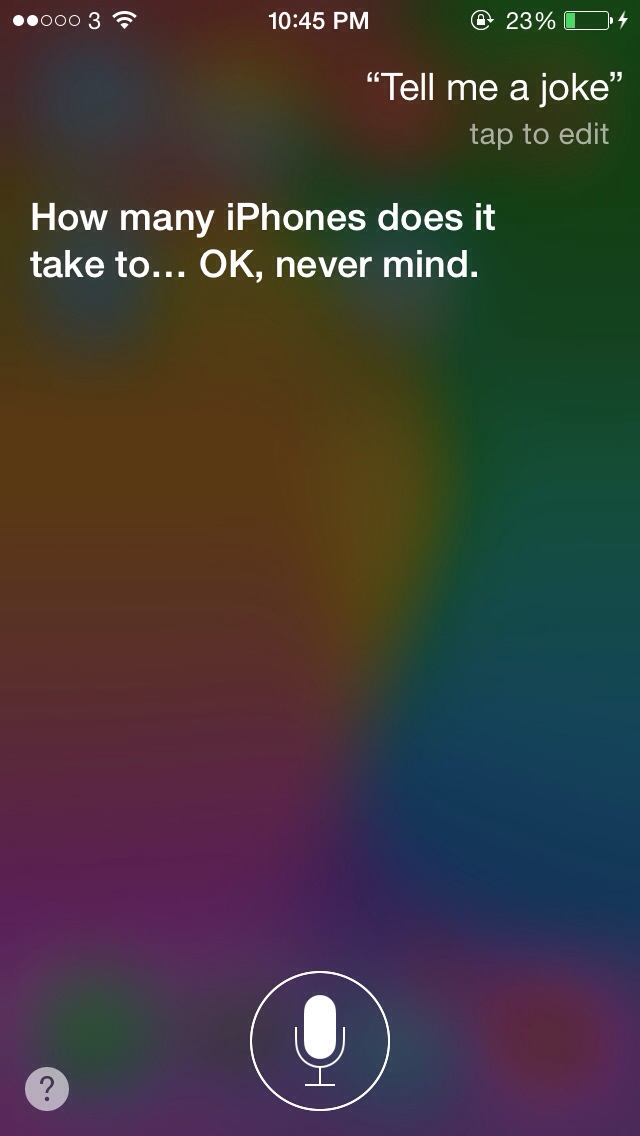 This is NOT a random answer by Siri. Every time I’ve tried saying this so far, I get the very first response, while  the Irish people around (or me if I imitate a very pure /dʒəʊk/) get the latter response.

Is Apple being really racist, judging people by their accents and showing them different results based on that?

I might try making a video for this later! 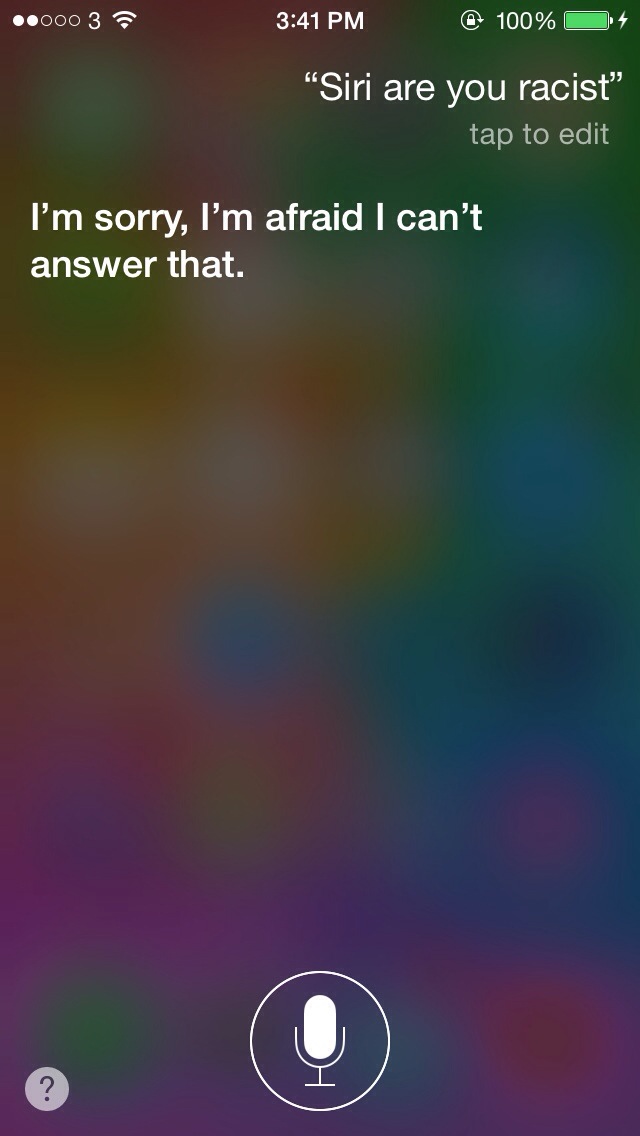